Climate change risks can be reduced through livelihood diversification of small scale farmers. Besides subsistence farming, other sources of income can increase the resilience of the farmers in times of climate change related extreme events. In the project “Food sovereignty and socio-economic resilience for climate change adaptation” the five communities are supported to diversify their livelihood through the development of cooperatives and through the “Goat Pass-On Programme”. With the cooperatives the farmers can gain better access to markets leading to stronger shared negotiation power which can give them possibilities of aiming for higher prices for their organic products. The members of the cooperatives will also be educated in the field of “Village Savings and Loans” and can develop their own village band – a system which has proven successful in many other projects. The saved money can be used for community start-ups or for generally improving housing and purchasing extra food. The “Goat Pass-on Programme” can further lead to income when descendants of the goats are sold. This will overall result in a more stable income which can be important especially in terms of yield instabilities from climate change risks.
In addition, the farmers will still be supported to implement the organic and climate resilient agricultural practices. The known methods – “pit farming”, drought resistant and diverse crops, use of organic manure and compost – which have already been proven successful on the demonstration fields should now be further implemented on the farmer’s own fields. A new focus is thereby on the use of goat manure in addition to compost. Further, the organic food is now important for negotiations of the cooperatives on the market. 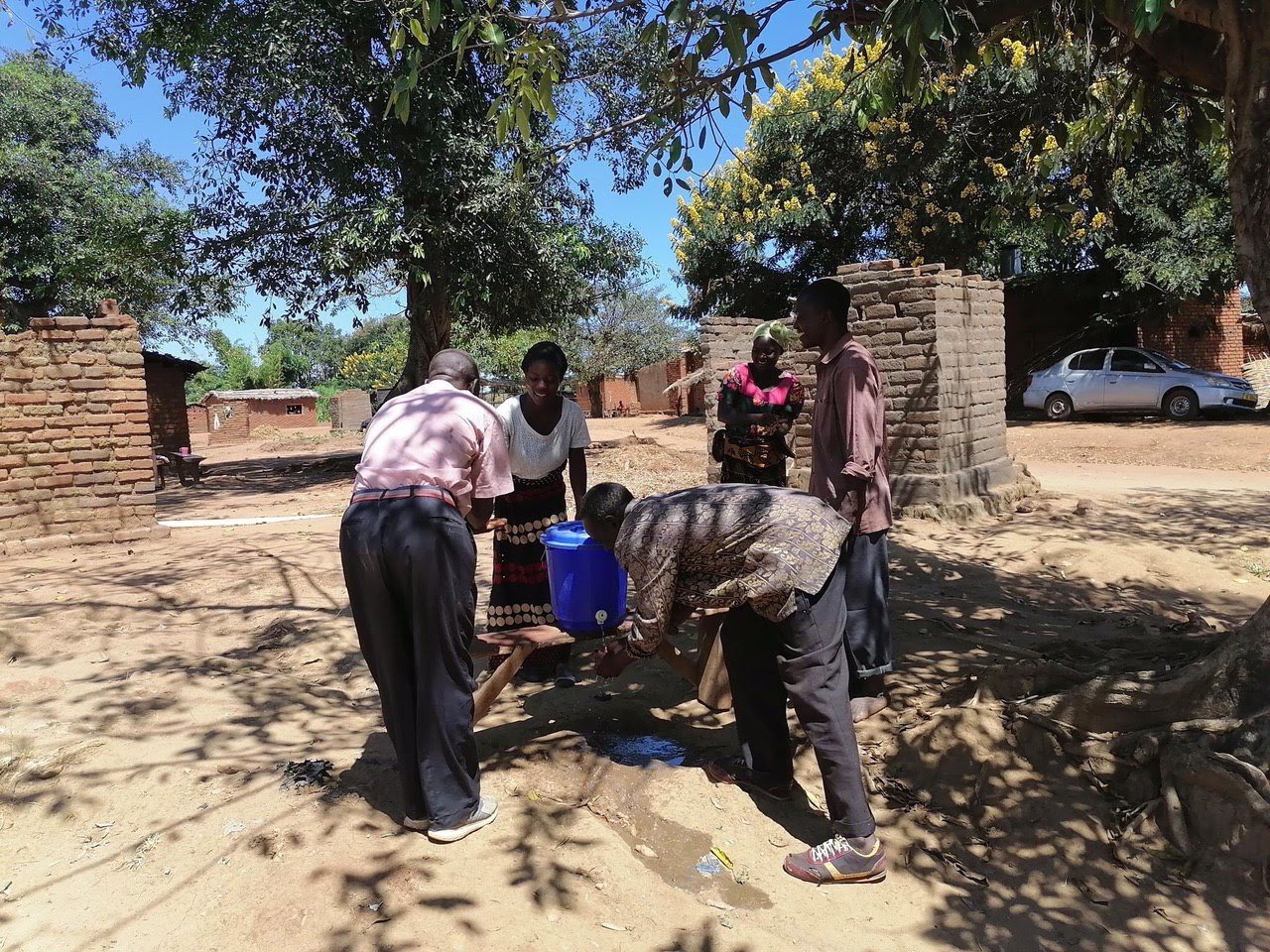 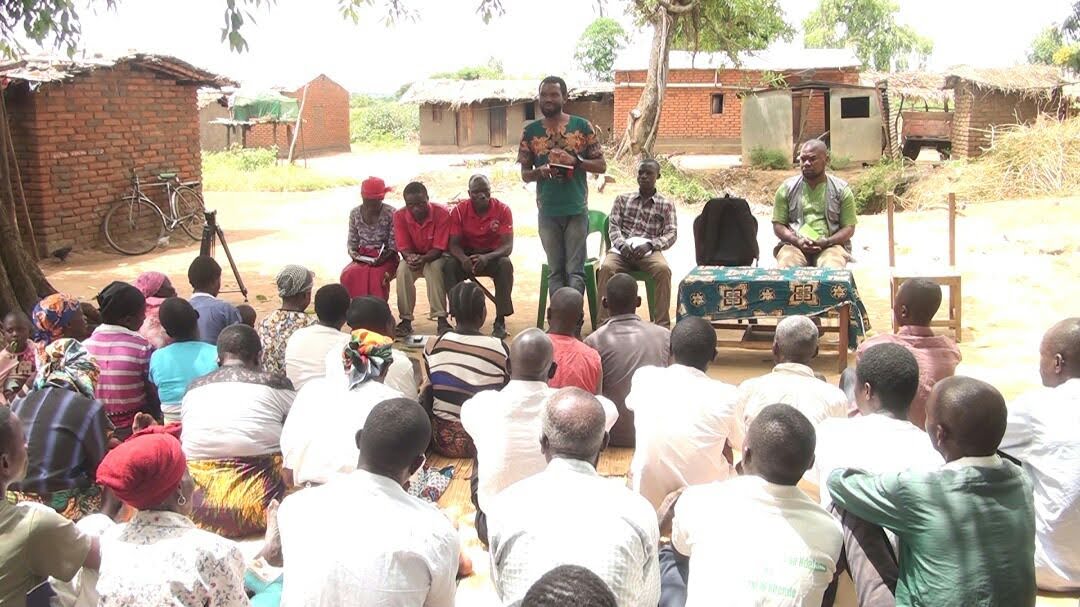 Changes in the current project due to COVID-19

Since March 11, 2020, the spread of the COVID-19 virus is categorized as pandemic by the World Health Organization (WHO). While first cases appeared in China by now nearly every country around the world is affected by the virus, also on the African continent.
By the time we planned to change the further project implementation (19th March 2020), no cases of Corona were yet confirmed in Malawi. The Malawian government planned different actions to avoid a fast spread of the virus within the country. Incoming travelers were obliged to go into a 14-day quarantine and the College of Medicine in Blantyre opened a station to test potential cases of Corona. Further, a “Covid-19 Preparedness Workshop” were conducted by the government, Joseph Kenson Sakala, executive director of YSD Malawi participated in that workshop. All organizations were asked to implement COVID-19 and hygiene information workshops within their outreach programs to increase awareness and hygiene and avoid spreading of the virus.

We received these information when we were 4 months into our current project. The implementation of the project was structured in 3 phases:
(1) Development of farmer’s cooperatives,
(2) Implementation of a Goat-Pass-on program and
(3) Supporting the communities in their individual implementation of the project activities.
While the first project phase was already concluded by March 2020, the second phase was just being planned. The workshops content was finalised and the goats were already purchased, the start of the second training phase was just approaching.

Changes in the project concept

After some consultation between YSD Malawi and YSD Germany and considering advice from health experts and government officials in Malawi, some aims for the further project implementation were decided:
(1) it is a main priority to minimize the infection risk with Covid-19 for all involved persons and avoid the spread of the disease and
(2) the food sovereignty and socio-economic resilience of the subsistence farmers must be increased to increase their resilience in these times.

In order to reach these goals, we re-structured the original project plan as follows: In March 2020, no infections of Corona were yet reported in Malawi. We decided to implement the workshops as soon as possible and to fulfil the governments request to include hygiene and Covid-19 information workshops within our workshops for the Goat-Pass-on Program. All referees and YSD staff were trained about the risk and mitigation of the Covid-19 virus by health experts. They learned how to implement health precautions during the training and were educated to act as multipliers to train the community members about hygiene and mitigation behavior so that everyone was aware of the risk and could act accordingly during the workshops. Within the 5 days of workshop half a day was used for hygiene and Covid-19 prevention information. When needed, soap was distributed among the participants and regular hand washing was promoted. Some trainings were conducted earlier then planned, hoping that all workshops would be done by the time first Corona cases would be reported. Further, workshops were done outside instead of in closed rooms, there was no hand shaking and risk groups like elderly and HIV-positive persons were excluded in order to protect them as best as possible.
On April 2, 2020, the first person in Malawi was tested positive with Covid-19. YSD Malawi therefore prepared to do the further project activities of monitoring and community supporting from a distance. Within each community responsible persons with mobile phones were identified as contact persons between YSD Malawi and the communities. During the trainings the communities developed a concept how to forward questions and problems towards YSD Malawi via these contact persons. Project phase 2 could be finalized as planned before the first corona infection was reported.

Now, YSD staff is working in home office and supports the communities from a distance. They also started developing a radio and TV-series to stay in contact with the communities, more information can be found here.