We won 2nd place at the bridge-it award “Partnerships and Crises”! 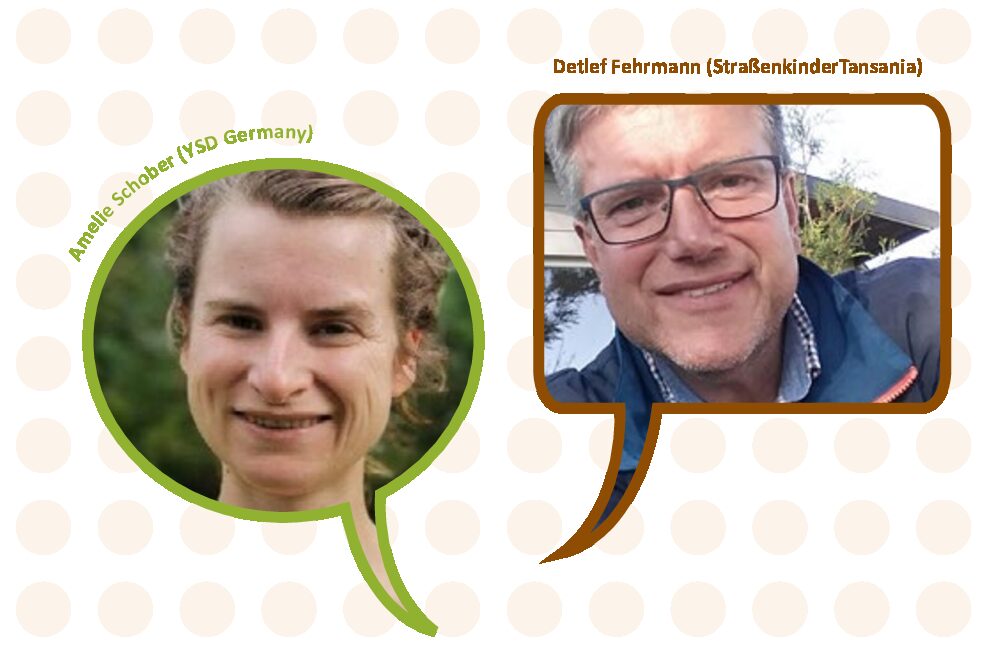 Discussion about South-North Cooperation at VEN

Intergenerational Dialogue between the organisations YSD Germany and Street Children Tanzania
The Verein Entwicklungspolitik Niedersachsen e.V. (Association for Development Policy Lower Saxony) is an association of over 100 "One World" initiatives and the mouthpiece for people working for global justice in Lower Saxony. They offer a platform for exchange and networking. YSD Germany e.V. and the association Straßenkinder Tansania e.V. (Street Children Tanzania) both work in the region around Lüneburg in the East of Lower Saxony. Both organizations cooperate with partners from the Global South. Juliane Jesse, promoter for public relations and international affairs at VEN, brought together two representatives of the associations and invited them to a dialogue.
Amelie Schober (YSD Germany) has been involved with YSD Germany for five years. She is responsible for accounting and educational work. She studied environmental and sustainability sciences and is particularly interested in climate change, global justice and politics. She is 29 years old.
Detlef Fehrmann (Street Children Tanzania) has been involved with Street Children Tanzania for 4 years. The 59-year-old is treasurer and takes care of the association's press relations. He is a multi-project manager at a savings bank and lives in Amelinghausen - in the district of Lüneburg.

Amelie Schober: YSD Germany stands for Youth for Sustainable Development. I represent the German part, our partner organization YSD Malawi was founded much earlier. Our team consists of six young people, all of whom are still under 30. We are committed to climate justice, which is above all a question of global justice. Here in the Global North, we want to educate people about where global injustices come from. In the course of colonialism, the Global North was able to gain a position of power through industrialization. Here, a large part of the CO2 was and is emitted, while the people in the Global South are primarily and so far most affected by climate change. Therefore, in our view, the Global North has a responsibility to counteract this power imbalance. We must use our privileges to create a balance. As YSD Germany, we therefore apply for funding and use money from Germany to finance climate adaptation measures in Malawi. Our local partners are graduated environmental scientists: They conduct workshops for farmers on climate-resilient agriculture, food conservation, and the promotion of indigenous knowledge. In addition, we carry out educational and awareness-raising work in Germany, in which we also repeatedly focus on racism and colonial continuities.

Detlef Fehrmann: Since 2004, the Street Children Tanzania association has been active in eastern Africa to improve the living conditions of street children and orphans in the Singida region. Many children there have no home or are orphans. They live on the streets because there is no social network there like in Germany or other parts of Europe to take care of them. We want to meet the basic needs of these children: Food, drink, a roof over their heads and medical care. For this purpose, we work together with a home that is supported by the association Städtepartnerschaft Salzburg-Singida. By financing a street worker, we also try to help street children and young people who cannot be admitted to the home because of its limited capacity. However, the actual goal of the association is to enable the children to receive a school education and to learn a profession after school. Only with a good education they have the chance of a self-determined life. We used to have our own children's home in Singida. We built it up ourselves, and the caregivers we employed looked after about 40 children. We financed this from our membership fees and donations. Thanks to public funding, we were able to run the home on solar energy and build a rainwater treatment system. About five years ago, however, the local administration was displeased that we, as Germans, were running the home from a distance. They forced us to close it down.

AS: Did you ever talk to people of the local administration about what the exact reason was or do you have any idea how that came about?
DF: Of course we tried to ask the city administration and also involved our local contacts, but the city officials blocked any attempts to contact us. We still don't know where this change of heart came from.
AS: I have at least one assumption: Tanzania was colonized by Germany, oppressed and exploited for years. So I can understand when thoughts arise like "Now the whites are coming again, want to help us and tell us what we have to do."
DF: You can be right. You seem to have much closer contact with your partners. We work with a former aid worker, a contact person from the Protestant church and the director of the children’s home, with whom we have regular mail contact and whom we meet when we go to Singida.
AS: For us, the most important basis of partnership is mutual exchange, listening to each other and knowing what is going on with the other person. We therefore have a longer Skype conversation once a month and in between we also keep in touch via Messenger. We exchange a lot about current topics such as the German elections, because the results also have an impact on life in Malawi. Our work is based on friendship and trust.

DF: I'm impressed how idealistic you are. I think it would be great if we could develop in this dierection. Maybe it's also a generational issue. We are desperately looking for young people right now. We definitely need young people - both in the association and on the board. We are considering advertising for us at schools and universities.
AS: Finding new members is also an issue for us. There is a big debate about how we can find people who fit in our group. That's not so easy, because we are also a circle of friends. The bigger the group gets, the more anonymous it also becomes. We are all super idealistic, have great goals, but also only limited capacities. That means we either need more people or we have to lower our standards a bit. Young people also think differently these days. They are often involved in several projects at the same time and have no desire to commit themselves to fixed structures for a long time. We also took the step of founding the association mainly for the reason of being able to apply for official funding as an association. Almost all active members of the association are also on the board.

Organization of the Association's Work

DF: We are organized rather classically and have a clear hierarchy. Our first chairman, Heidulf Masztalerz, pulls all the strings. He does most of the correspondence with Tanzania - mostly by mail - and usually someone helps him with the translation into English. Other board members take care of the press work and the maintenance of the website. Heidulf is the driving force of the association. He has been with the association since its founding and has been its first chairman ever since. Over the years, he has spun a large network and also solicits many donations. Clearly, he has the most tasks, the greatest responsibility, but also the most time. The rest of us are still working; our commitment takes place in the evening - or in between. As treasurer, I do the account management, the financial planning and, of course, the membership administration and collect the contributions from our nearly 120 members. And with my 59 years I am the youngest since the second chairman cannot take care so intensively for reasons of time.
AS: I also do the bookkeeping for us; as a young mother, it is easier for me to do the accounting, because I can organize the work freely. When we have new tasks, we just see who is up for it. Everyone works according to their own capacities, and because we are all very responsible, this flexible division works very well. Occasionally, someone was abroad, but we still kept in touch. Thanks to digital communication, that works very well. In the meantime, we no longer all live in Lüneburg, but are scattered as far as Göttingen or Vienna. We redistribute our areas of responsibility every year and make decisions by consensus. Fortunately, we usually agree on most topics. But if someone has concerns that we can't resolve, we don't do it.

DF: I can already tell that there are big differences between us. Not only in the way we work, but also in our approaches. We provide very concrete help in one place in Tanzania and support individual needy people to break the spiral of lack of opportunities. Your approach is much more global. We are united by the idea of giving away some of our wealth in Germany and directing funds to where they can help.
AS: That's right, although I would like to emphasize once again that it's not about ‘helping’ Malawi. The local people know quite well on their own what they need. Accordingly, our partner organization also writes the project applications and we then translate them into German. But they are the experts with a plan. We raise the money for it because, unfairly, the money is with us in Germany. With our educational work here, we want people to understand on a local and national level how climate protection and sustainable development can work in a global context. People should understand that climate justice includes dealing with global racist and postcolonial power structures. We can use our privilege to confront the unequal distribution of power.
DF: From what I've noticed so far, the Association for Development Policy of Lower Saxony is also very active in initiating just such topics and communicating them to the outside world. That is important work. You have good ideas with which you achieve good things.

The Concept of Development

AS: I would like to see the VEN take a critical look at its name. The question is: What does development mean? Why do we define some countries as developed and others as not? Is one finished developing at some point? From our point of view, it is completely outdated to use this word at all. We are either all developing countries or the Global North should develop: in the sense of solidarity and taking responsibility. Seen in this light, Germany still has great potential for development. In social discourse, the "development concept" is only predominantly understood as economic development, and thus the Global South is devalued. I really like the idea of saying: We are all developing countries - each in our own field. We can and must all develop. We all want to do something about the unequal distribution of money and power. We see problems and want to change something. We have a vision of a better world, which we want to realize with idealism, motivation and commitment.

This dialogue was orignally published in the special edition of the VEN's magazine "VEN Positionen" in celebration of the VEN's 30th anniversary. Please find the German version on the VEN website and in the PDF file below. 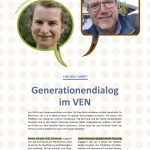 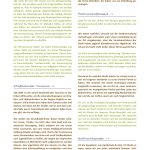 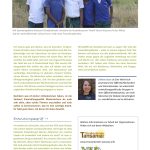 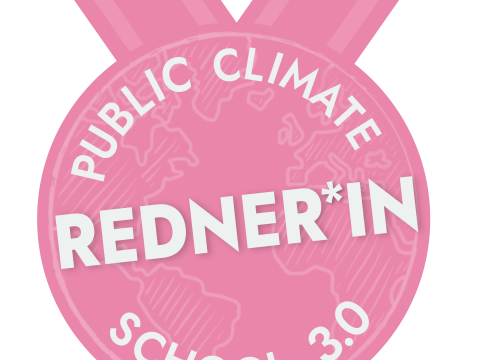 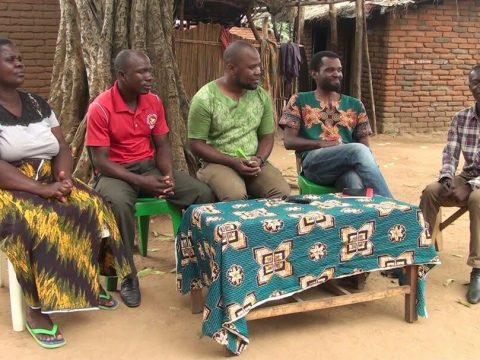